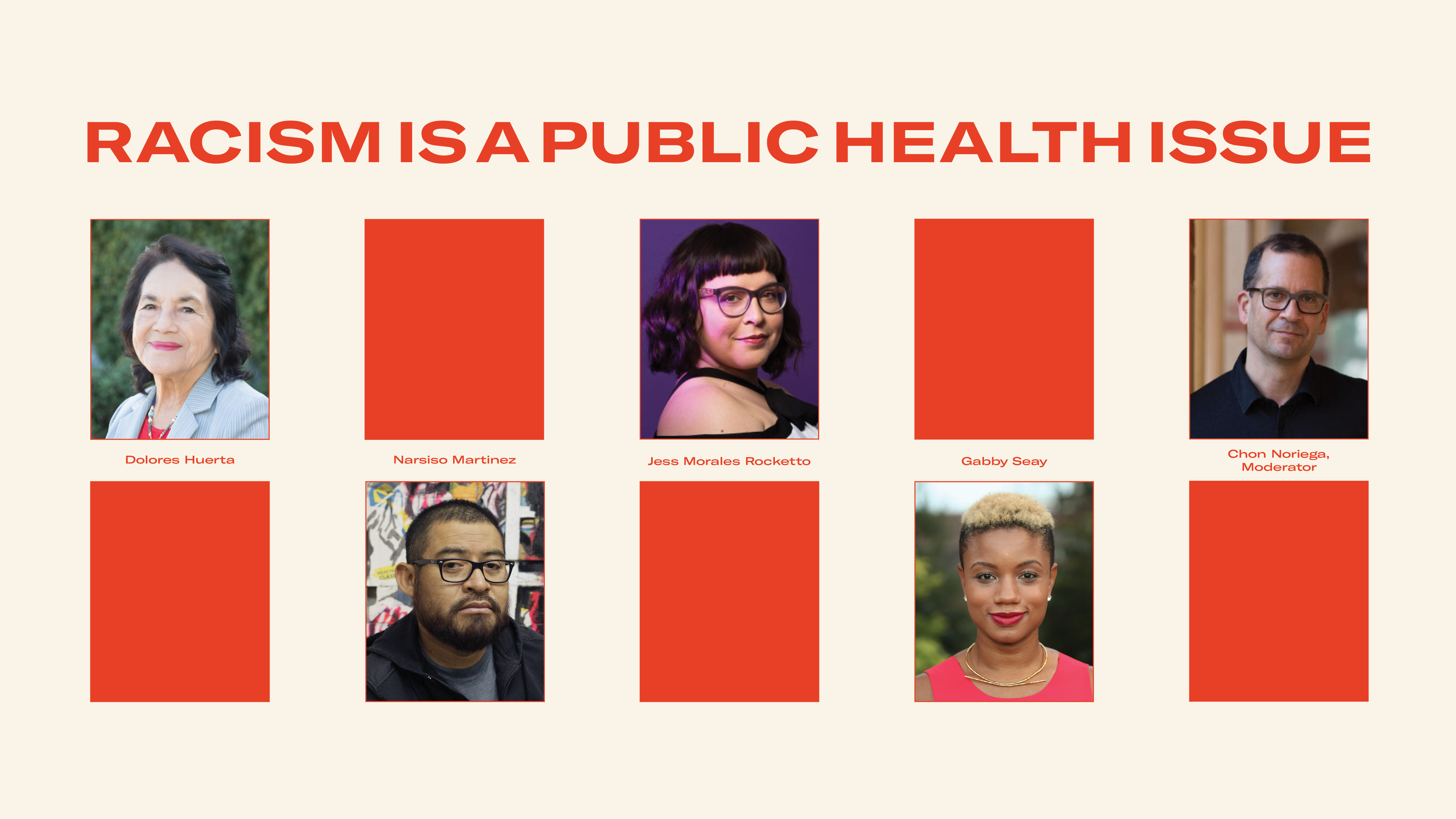 Racism is a Public Health Issue

When news of a novel coronavirus arrived in the United States in early January, xenophobia was not far behind. Since the outbreak of COVID-19, reports of racist attacks against Asian Americans have increased. As the number of confirmed cases exploded in America, racial disparities in health outcomes became starker. The hardest hit are often Black, Latinx, Southeast Asian, Pacific Islander, and Indigenous communities—many of whom are essential workers. Join GYOPO, LACMA, and StopDiscriminAsian (SDA) for a series of lively virtual conversations about the economic and racial disparities that have been made blatant by this crisis. This event will take place online via Zoom.

COVID-19 is far from the “great equalizer.” Economic disparities were laid bare early in the pandemic, as states issued stay-at-home orders yet identified certain essential workers to continue to report to their worksites. As California grapples with a surge in cases and hospitalizations, Latinx and Black populations have been especially hard hit. According to recent L.A. County Department of Public Health reports, Latinx residents are more than twice as likely as white residents to contract the virus. In California’s agricultural zones, big cities, and suburbs, essential workers, many of them Latinx and Black, cannot afford to stop working when they fall ill on the job and tend to share housing.

Join us for the third and final conversation in the series “Racism is a Public Health Issue” as we discuss the ways in which essential workers—with a focus on health, home, and the agricultural industries—confront inadequate safety measures without fair wages, health insurance, job security, PPE, and other basic protections. These circumstances, compounded with limited access to testing and information, contribute to increased suffering from the virus. This discussion will unpack the racial underpinnings of COVID-19’s impact on communities of color and present ways to generate greater awareness and change.

Reference to the first two panels in the virtual public program series:

Dolores Huerta is a civil rights activist and community organizer. She has worked for labor rights and social justice for over 50 years. In 1962, she and Cesar Chavez founded the United Farm Workers union. She served as Vice President and played a critical role in many of the union’s accomplishments for four decades. In 2002, she received the Puffin/Nation $100,000 prize for Creative Citizenship which she used to establish the Dolores Huerta Foundation (DHF). DHF is connecting groundbreaking community-based organizing to state and national movements to register and educate voters; advocate for education reform; bring about infrastructure improvements in low-income communities; advocate for greater equality for the LGBT community; and create strong leadership development. She has received numerous awards: among them The Eleanor Roosevelt Humans Rights Award from President Clinton in 1998. In 2012 President Obama bestowed Dolores with The Presidential Medal of Freedom, the highest civilian honor in the United States.

Chon A. Noriega is Professor of Cinema and Media Studies and Director of the Chicano Studies Research Center at UCLA. He has published books on media, visual art, and performance. Noriega is Consulting Curator at the Los Angeles County Museum of Art, and has curated or co-curated numerous exhibitions, including Home—So Appealing, So Different. He is cofounder of the National Association of Latino Independent Producers (NALIP) and has served on boards for organizations focused on health disparities as well as unaccompanied immigrant and refugee minors.

Jess Morales Rocketto
Jess Morales Rocketto collaborates with domestic workers to fight for their rights and teach the rest of us about silo-busting, humanistic labor organizing. As Political Director of the National Domestic Workers Alliance (NDWA), she works with thousands of nannies, house cleaners, and care workers all over the country–those who do the work that makes all other work possible–to pass legislation like the Domestic Worker Bill of Rights.
If there is an issue in the headlines, chances are that Jess is at the center of architecting solutions for it. She is the Co-Chair of the Families Belong Together Coalition, the campaign which has been instrumental in raising awareness and funding for the thousands of families that have been separated and detained at the border. She also co-founded Supermajority, a new women’s political action group dead set on getting women’s voices and votes counted in the next presidential election.
Jess is an alumna of Hillary for America, the AFL-CIO, Obama for America, the Democratic National Committee, Rebuild the Dream, and the New Organizing Institute. A proud Latinx with Californian roots, Jess believes another world is not only possible, but inevitable.

Gabby Seay
Gabby Seay is the Political Director for 1199SIEU United Healthcare Workers East, where she oversees the union’s political, legislative, and policy work in New York, New Jersey, Massachusetts, Maryland, Washington DC and Florida. Before joining the 1199 family, Gabby led a social impact consulting practice that worked with campaigns, companies and causes looking to build their lists, win campaigns, and deepen their relationships with its supporters. Gabby cut her teeth in politics by organizing her fellow college students to support John Kerry for president. Since then, she’s led electoral, issue, and advocacy campaigns at the local, state and national level. Gabby is a proud Ohio native, but considers Brooklyn home.

We had a special work day last Saturday & Sunday at Plaza Paz! TOTALLY AWESOME…BEAUTIFUL PLAZA. HAD 6 VOLUNTEERS PLUS BETO AND HELPER!

Even the toilets got cleaned and we re-established the water flow!!!!! The plaza looks good enough right now to throw a fiesta! Our neighbors came out of their houses to help us when they saw us in the Plaza (Joseph, Nena & Berta). Fernanda, Arte board member, was an incredible helper too. Thank you Johnny and your nephew Richard. 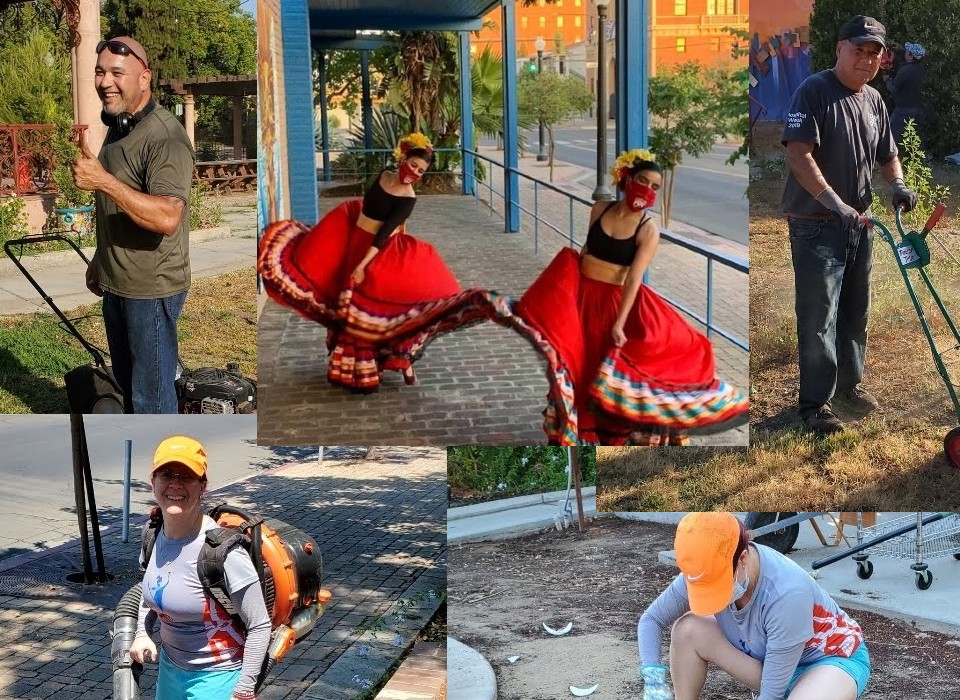 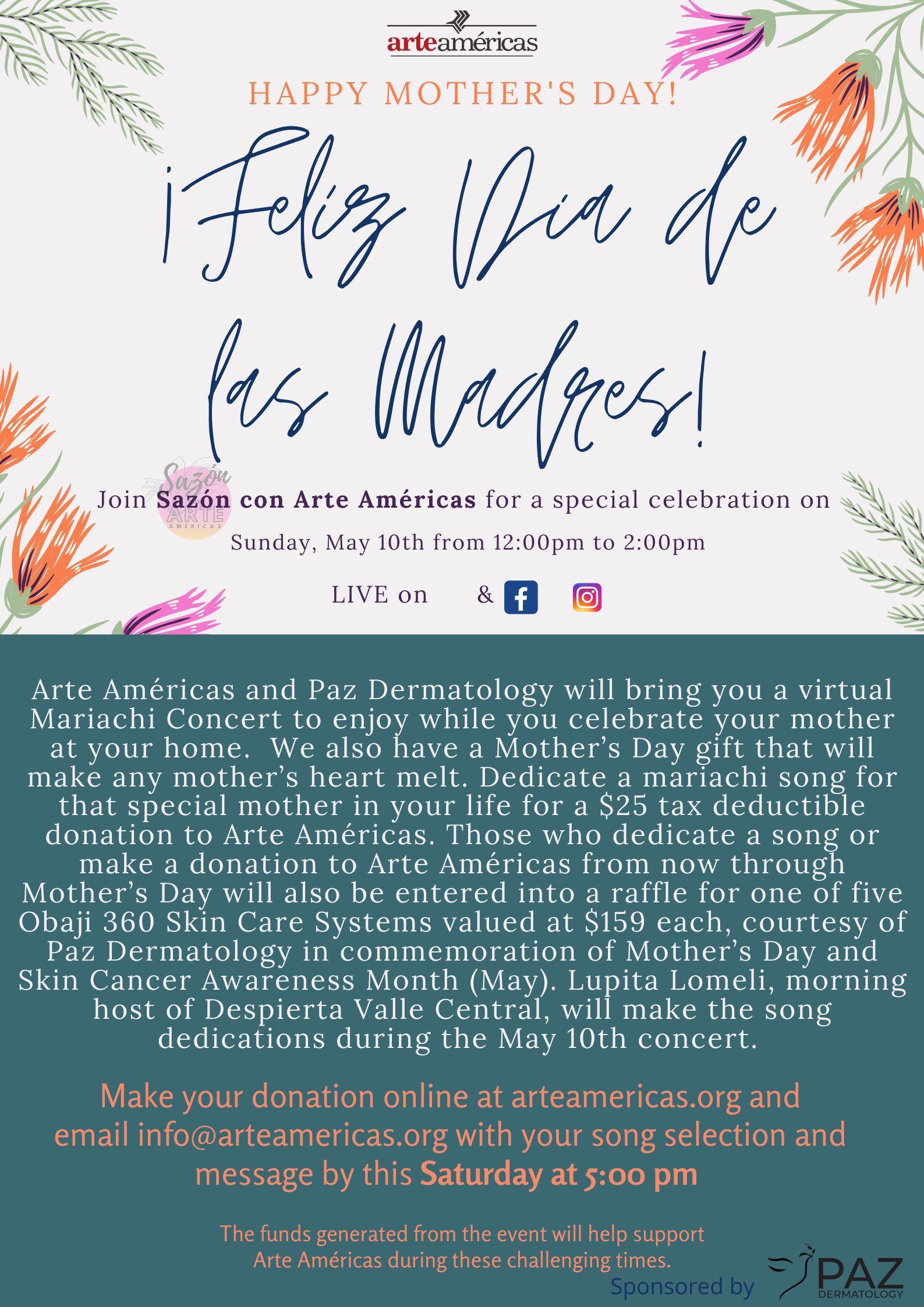